Continuing onward through Swoboda Pond, Augustów Canal, and Gorczyca Lake you will arrive at the eighth lock (counting from Biebrza) – Gorczyca Lock.
Gorczyca Lock is located near the village of the same name, and was built in 1828.
In 1944 the lock was damaged by Home Army troops during a sabotage action, but after a series of renovations it is back to its original appearance. 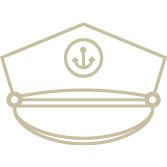 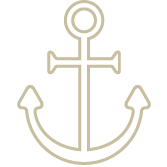